Here you can find what physicians and users of the HemAway adapter think.

Hemorrhoids are sensitive, health issues. We have been, on several occasions asked to keep the privacy of the ones using the HemAway seat.
We are obligated to respect their privacy upon request. 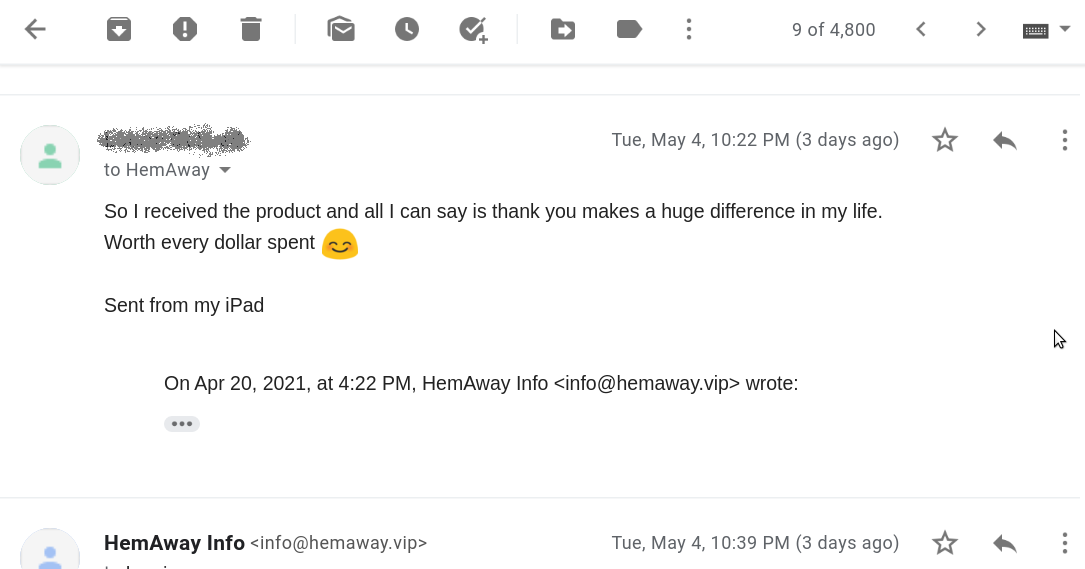 With the regular use of the HemAway toilet seat adapter, you will immediately feel relief after using it.

Novak Djokovic’s (No. 1 tennis player in the world) nutricionist

It is estimated that about a third of people leading a modern life have this health problem.

This simple yet effective invention prevents the region’s blood vessels and muscle fibers from emptying, which prevents damage to the hemorrhoid veins and the onset of infection, which are precisely the factors that contribute significantly to the onset of hemorrhoid disease.

​How I avoided my painful hemorrhoid surgery

Sometime around 1990, I experienced my first problems with hemorrhoids. These were occasional bleedings when sitting on the toilet for a long time. I started applying all the available information on alleviating and treating hemorrhoid problems, diet correction, avoidance of strong spices, sour foods, etc. avoid sitting in a cold seat (also bothers too hot and bathing in too hot water is not recommended), etc.

In addition, I used various creams, teas, and everything else that I learned about as an​n​ good medicine, of course in consultation with doctors and pharmacists.

However, despite all these treatments, the ailments were getting worse. The bleeding became worrying with the appearance of a hemorrhoidal vein. The operation seemed like the only option but I was worried that it had to be done in the worst and dirtiest place, the anus.

The pain was getting worse and worse, but only when sitting on the toilet so I started thinking how does this not happen while sitting on a chair, while lying down or sitting on the bed, and even while standing?

Suddenly the idea came to me that the existing toilet seat irritates or stretches the hemorrhoids and I immediately gathered some inexplicable strength, although exhausted due to blood loss. I improvised a seat with a narrower opening and placed it on an existing toilet seat to avoid stretching and irritating the hemorrhoids. The relief was complete and it was a lifeline for me!

And so, for a whole decade now, I have been successfully using a narrowed​ seat, since when I get up easier because without it I would sink deeper into the toilet, which is another benefit considering my age.

As the results were fascinating, the idea of ​​possible production was born, which I suggested to Srdan Mitrekanić, an entrepreneur from Novi Sad who also has problems with hemorrhoids, to make the same or a similar model and try it.

After several years of such rehearsals and testing, a so-called medical device was created. Anti hemorrhoid toilet seat adapter the HemAway – redesigned toilet seat with a narrowed opening. An incredibly simple and logical solution that is based on changing the shape and size of the opening in order to reduce the pressure on the muscles.

There was no dilemma regarding efficiency, but everything stopped in the bureaucracy for the product, which has been proven by a larger number of users, to start production.